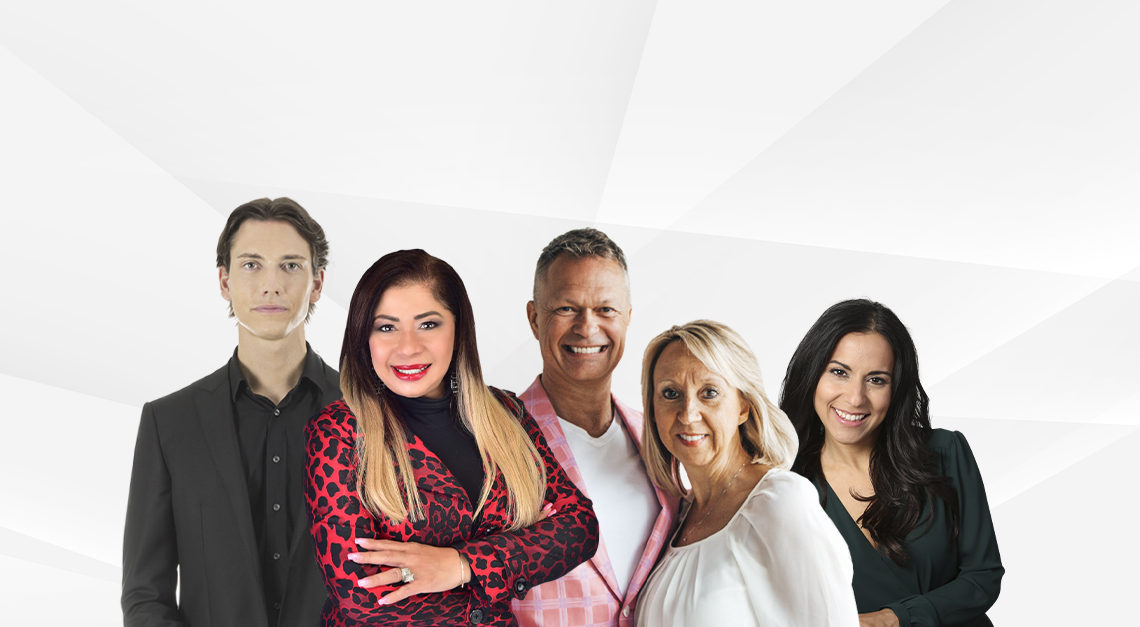 Check our stories of leadership and get inspired by these self-made heroes that make ORGANO the inspiring place to be.

Throughout ORGANO’s history there have been some leaders and inspiring people that have stuck through hard and good times. People from all walks of life have found us and trusted the product, creating their own vision alongside us. These are our ambassadors, people that help us spread the word about OG out there. Discover their stories and get ready to get inspired.

Bob and Kelly Rakowski – Serving with a cause

The Rakowskis are OG’s power couple: they inspire leadership, respect and knowledge. Bob and Kelly have been with ORGANO for over 8 years, and they joined after attending OG’s National Convention in Houston, back in 2012, thanks to their son Jacob.

Their OG journey has been quite the experience: high ups, low downs and endless learning opportunities on every story and person they get in touch with,  “we discovered that to build true relationships and friendships is key to fight the stigma around direct marketing. ORGANO becomes part of our conversations in a natural way and when people decide to join us, we make it a priority to create realistic expectations.”

By setting those expectations realistically their team has grown exponentially and as a couple has reaped the rewards and kept fresh their approach to their business during all these years, “being able to observe and be part of the growth and personal development of our team members is the biggest gift”. This growth mindset also resonated inside the family: their son Jacob, who introduced them to OG is now a savvy and respected businessman.

Sharing their knowledge and experiences, empowers them and motivates them to grow their business.  They agree that the most impactful thing they’ve learned is that anyone who commits can accomplish their goals.

As for their plans for the future, the commitment of sharing ORGANO is their priority: “Our plan is to continue to expand our network, our contributions and our joy.” According to their philosophy, the treasures and abundance they have reached is something that deserves to be shared with the world, and they really adhere to that!

Blanca is one of ORGANO’s leadership icons: her career started with sacrifice, commitment and now is full of  honors and recognition, 10 years later.

Blanca joined ORGANO back in 2009, just when the company was just starting to cause ripples in the industry, and she was one of the people who helped pave the way for OG in the Latin American market. As one of our trailblazers, Blanca knew she would have to dedicate her time and effort to her business if she wanted it to grow, and the Latin market was barely starting to exist. She spent long days and nights, sacrificed family moments and personal interests… all to get her wish: to inspire others to aim for better, and in the process Blanca has become an OG icon.

She has done this mainly for her and as a testimony of her own commitment with personal development “personal growth has been the biggest reward, OG has given me the chance to have a marvelous lifestyle. There’s nothing like being able to give your family a life full of prosperity and abundance.” Results are her main motivation and what propels her to keep on inspiring others to achieve their financial freedom and become Diamonds like her.

Dianne Solano – The belief in success

Change has been one of the main drivers of Dianne Solano’s history with ORGANO. The need to create her own income, make her own business and stay in control of her own destiny turned her into one of the leading figures in the industry. “I have been with Organo for almost seven years and this has been an exciting journey full of great moments, but also challenges. I remember when I was starting, there were many moments I wanted to give up as I did not really know much about the industry, but I kept on going, inspired by the successes I saw around me, I never gave up despite the judgements and opinions of others.” That’s how she followed the example of her mentor, Dr Bob Rakowsky and stayed true to her essence.

Dianne says that becoming a leader and an example is more of a method and a matter of discipline with your own goals, you have to show up every day for yourself, “On the road to success, I started to outsource tasks that were taking away from my time and focused on income producing activities. The biggest reward of all this work has been the impact we have had in many people’s lives along with the financial stability I am now living.”

In this visionary, entrepreneurial world, Riccardo Benato shines as a bold, smart and tireless young man that wants to take over the world. His story is unique and full of serendipity. From an early age, he knew he wanted to take control of his own life and work towards achieving his own dreams – not someone else’s. Deep inside he was certain that what he wanted to do with his life wasn’t on a textbook… but little did he know that his perfect future was actually looking for him.

One day, ORGANO appeared in his life thanks to the recommendation of a close friend. At that moment he realized that it might be the way to achieve the financial freedom he always desired, so he quickly signed up and got to work. “All I wanted to do was surpass those few hundred euros I earned as a waiter and instead, what I got was an industry that has changed my life completely,” says Riccardo.

As in all endeavors, there are highs and lows, during his first months  he wasn’t able to earn much money but he kept his competitive mindset and  learned from his mistakes. Each time Riccardo fell, he got back up quicker and stronger than before, learning about himself and how to stay strong in the industry “I strongly believe that if you want things to change in your life, YOU must change and if you want things to improve, YOU must improve. If you open your mind to change and work hard on yourself, the greatest doors will open.”

From all those lessons, his growth was exponential and he became a Blue Diamond in 2015 and solidified himself as one of the world’s most successful Distribution Partner in the OG Family. The key to his success? “work in silence and let success make the noise! I prefer to work in silence with my team but let everybody hear and feel our huge success, rank after rank, record after record“. Riccardo’s goal is full of purpose: allow and inspire others to create their own path in life, instead of giving their all to someone else.

And just like them, we have many stories to tell about our leaders, mentors and exemplary Distribution partners who share their testimony of change, growth and impact on the community with products that enhance your lifestyle and provide you a better chance of success. Stay tuned to this space for more encouraging anecdotes and figures.

Learn more about our King of Coffee, check this ou