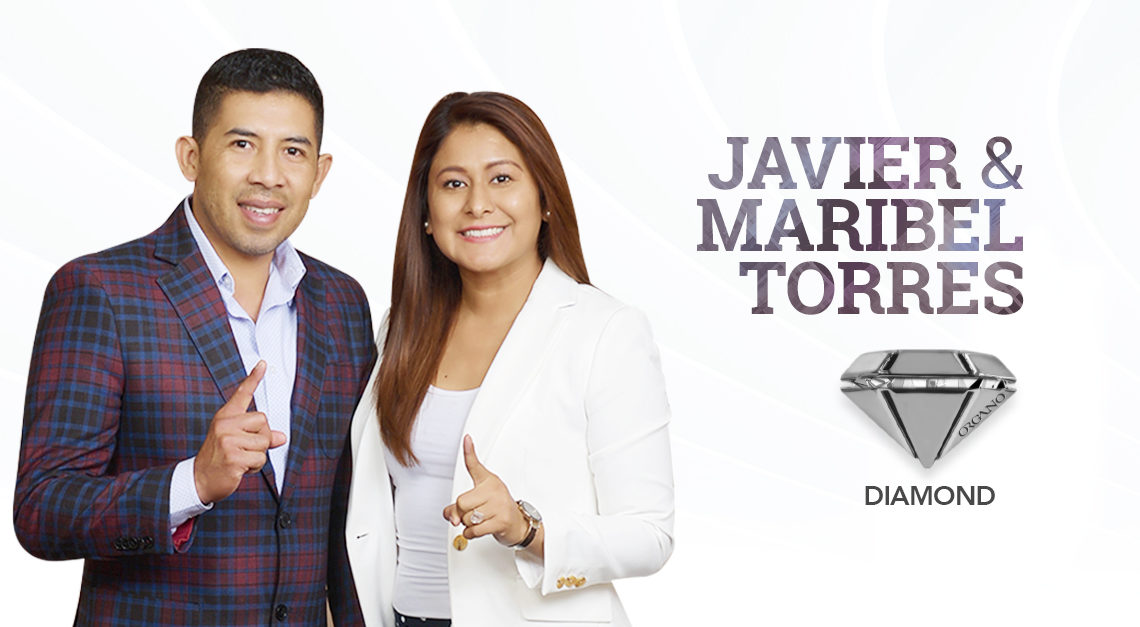 Javier and Maribel are from Guerrero, Mexico and currently live in Salt Lake City, Utah. Their personal story is full of trials, commitment, and success. Javier moved to the USA in 1999 to study, and met Maribel. During this time, he worked in different service areas such as construction, call centers and furniture installation. Maribel on the other hand, has worked in housekeeping and sales to make a living.

During their toughest time, Maribel was suffering from Rheumatoid Arthritis and she got into a deep depression, but that’s where their greatest opportunity appeared. A friend recommended Organo’s Black Coffee, under the promise that it would change their lives. She decided to give it a try and after a few weeks of consistent consumption she started feeling the change. That’s how their journey as one of OG’s power couples began!

They grew interested in the product and the company, which led them to attend the  P50K event in Houston, Texas in 2013, that’s when their minds were made up and decided to join OG. From that event, they didn’t miss any and grew inspired to get amazing results. The road wasn’t easy, but they stayed true and loyal to their choice of making their lives different with OG.

In 2017, they started mentoring sessions with Blanca Sachtouras after requesting it from her to grow their business and perfect their system, “we needed a great mentor and we insisted until she paid attention to us. I like to think she saw our potential”. That’s how they got more consistent and serious about their advancement goals.

Javier explains, “You will never believe the power of writing down your goals. We decided to aim for Diamond in October 2021 and we set a date to it: January 28, 2022. We wrote it down and manifested it from the get go. Now we’re here”.

But don’t get fooled, their secret to success was to share their goal and make everyone around them part of it. “We started working on building a strong team, made the decision to make it happen, no matter how many setbacks we have,” Maribel says. Attending events and putting their learnings and connections to work helped them to recover and build a long-lasting business.

Managing a big team has it’s challenges, but they have created a system that works for them: “The secret is to have a crystal clear vision of what you want to achieve. You need to be passionate about it, develop a burning desire to reach it. Never forget where you come from and create a strong support system so everyone can get results.”

During their OG history their biggest reward had been to “build a team that makes things happen. We love seeing them progress and achieve new ranks. We just love it” and that communal growth only attracts more blessings.

Keep your drink fresh, all day with this stylish 4

☕Coffee is always a good idea..😉 This camper

Travel in style and stay hydrated this #summer wit

It's officially #summer and our new drinkware coll