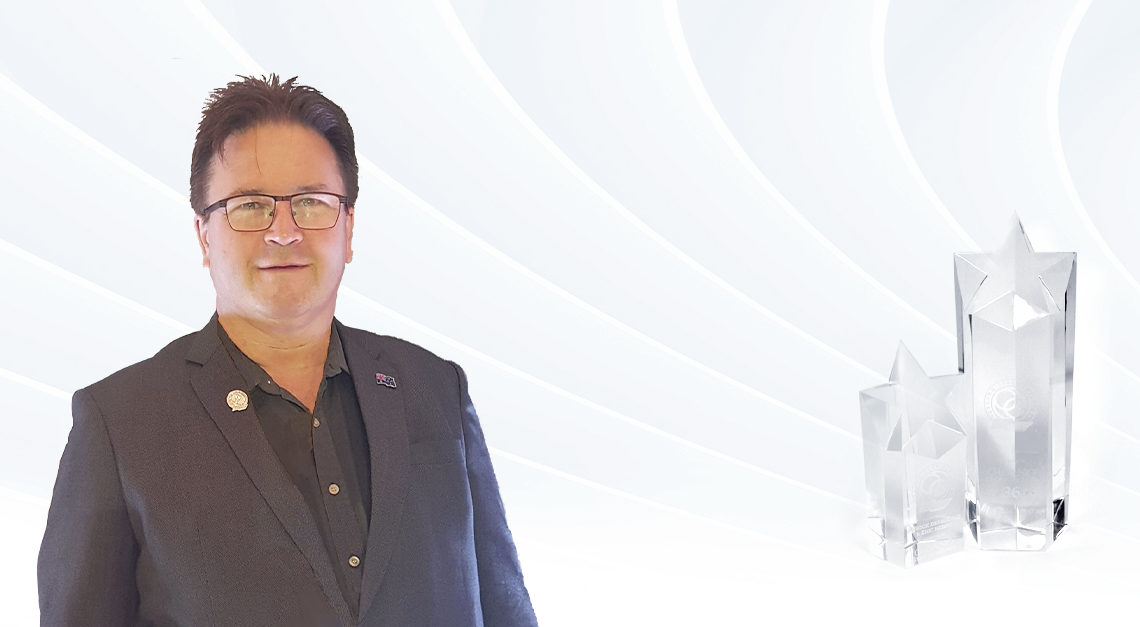 Robert Adams from Australia is our Highlighted Star Achiever today! Consistency and commitment drove him to get 72 stars.

New Star Achiever alert! Robert Adams from Darwin, Australia is our highlight from our amazing team of Star Achievers. With 72 stars he’s committed to his business and reached out far! Let’s discover his story.

Robert Adams, or Rob, as he likes to be called, has been part of ORGANO for over 8 years. His background is in Software Engineering, by day he works as an IT support technician and in his spare time he grows his OG business. He joined ORGANO in 2013 when a fateful trip for a wedding in Bangkok, Thailand led to a wonderful discovery: the OG opportunity, “The company impressed me for its apparent honesty, and the products were equally impressive. The information I gathered that night on Ganoderma Lucidum was very educational. I decided at that point that this was definitely a company I could hitch my wagon to and eagerly awaited its first launch into the Australian market, which occurred in June of 2013, and by August I was signed up as a distributor.”

Since then, Rob started attending events to grow his network and spread the word about ORGANO, and tacked all the challenges that came with entrepreneurship, “During this time I’ve learned to keep on going, sometimes the road curves off in an unexpected direction, but you back off a little, reset your vehicle and push forward again. Keep at it.” One of the things he enjoys most about being part of ORGANO is the chance to have an impact in other people’s lives and share space with other amazing DPs “Organo distributors are, in the main, very positive and uplifting people as a result you increase your vibrations and attract other similar people to you.”

From his experience, Events are one of the main things to pay attention to and put your effort towards if you want to become a star achiever too: “Do the math: 72 stars amount to 6 years, and I’ve been part of OG for 8. That means for my first 2 years I was idling, germinating. I was sitting on 50 PV per month with personal consumption and not much else. What changed was my first attendance at an event, once again in Thailand, at One Asia in October of 2015. The chance meetings with Organo Diamonds in the bar and getting little nuggets from them cemented the One Team, One Dream ethos that Organo carries to this day. If you are like me, and a numbers and facts kind of person, then think about this, the range of products now available from OG. All of that makes star achiever a relatively simple target to make, even for personal consumption, you just need to drink a lot of coffee. Just get out there, talk about it, be honest and direct with people when you tell them about the products because they can and will speak for themselves.”

Rob still aims to keep on gathering more stars and become a Sapphire, “I dream of retiring early and enjoying the world before it is too late. If lifting people up and leaving them in a better place as I go by is a side effect, then who am I to worry about that.”

Learn more about our King of Coffee, check this ou