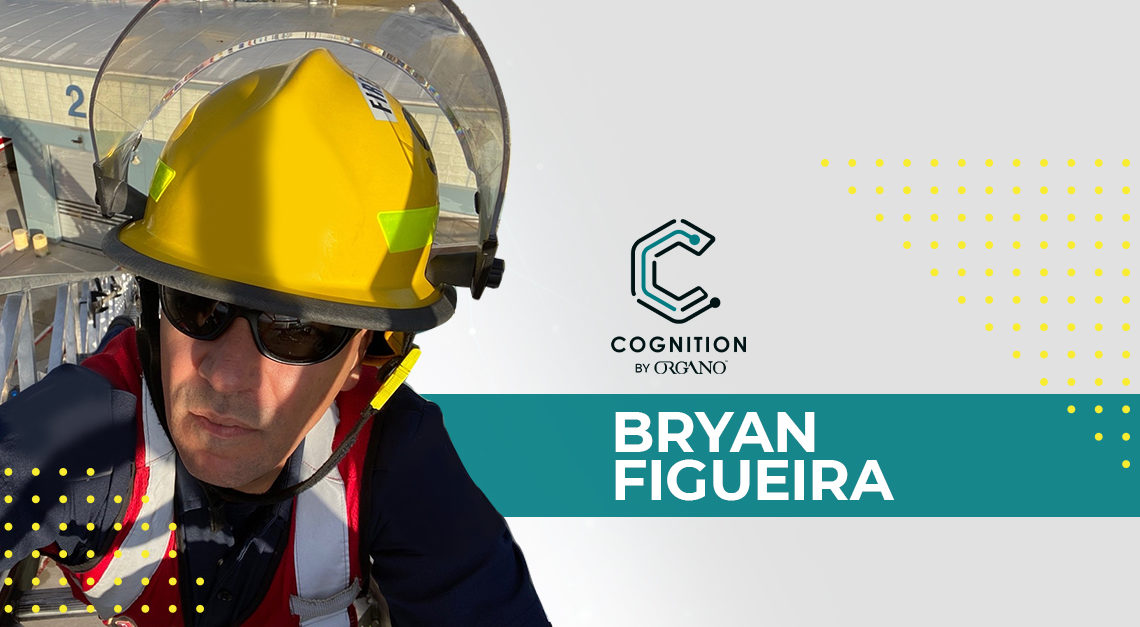 Read the amazing story of Bryan Figueira, a Fireman at Toronto’s Airport who’s experienced the transformation on his cognitive level with COGNITION by Organo.

Exploiting the true potential of your brain and mind is possible thanks to COGNITION by ORGANO, a powerful system designed to train and nourish your brain to become limitless. By dedicating just 6 minutes a day to CTS90 powered by Neurotracker, the cognitive training software included in COGNITION by ORGANO, and having the proper nutrition with the Ganoderma-infused products we offer, you’ll feel the impact on your life.

Today we have another impressive story, Bryan Figueira’s.

Bryan has over 30 years working in the airline industry towing private, corporate and flight school aircrafts, and 14 years as part of the Fire Department at Canada’s largest airport: Toronto Pearson International. As you can imagine, his job demands lots of concentration, attention to detail and quick responses to all the stimuli around him. “Both are unique in their job functions but both share the same challenge of driving on active runways, taxiways, and apron surfaces with hundreds of millions of dollars of aircraft moving around me,” that’s a lot of pressure!

Fortunately, Bryan joined ORGANO as a Distribution partner via Dr. Paul Charlton over four years ago, that’s how he discovered the many benefits of making Ganoderma part of his daily consumption habits and recently, started experimenting the change with COGNITION by ORGANO.

“I got COGNITION as soon as it came out. At first I started doing more than three sessions a day, but I noticed that when I did that, my scores lowered down. You have to give time to your brain to recover,” he explained as part of his initial experience. After tweaking his approach he found out that consistency is key, plus, staying hydrated, having a good sleep pattern and committing to do the training 6 minutes every day.

“I’ve found that consistent use of Neurotracker has helped me better focus on the task assigned, driving to emergency calls, recalling tower and apron radio frequencies easier, and even memorizing the start up procedures of the APU prior to towing aircraft.” But the change has also happened on a daily routine basis, he has a very particular anecdote to share, “I’ve been able to pick up the small details while riding my motorcycle, like this one time a bird was swooping down from the sky trying to catch a butterfly at the same time a squirrel was crossing the highway with a car approaching in the oncoming lane, this is all happening at 130KH (80MPH) looking through an opening in a helmet that is about 18 square inches. My vision and attention span just expanded.”

Cases like Bryan’s, demonstrate the power of dedicating just a few minutes a day to train your brain to become limitless, and complement that with powerful nutrition to enhance your immune system and give your body the nutrients to perform at peak levels.

“I would highly recommend COGNITION to anyone that is looking to challenge themselves while at the same time exercising the most important organ of all, our brain, a very unusual and complex one at that. It plays a role in every one of our functions, controlling our thoughts, memory, speech, and movements.”

Happy Father’s Day to all the amazing Dads out t