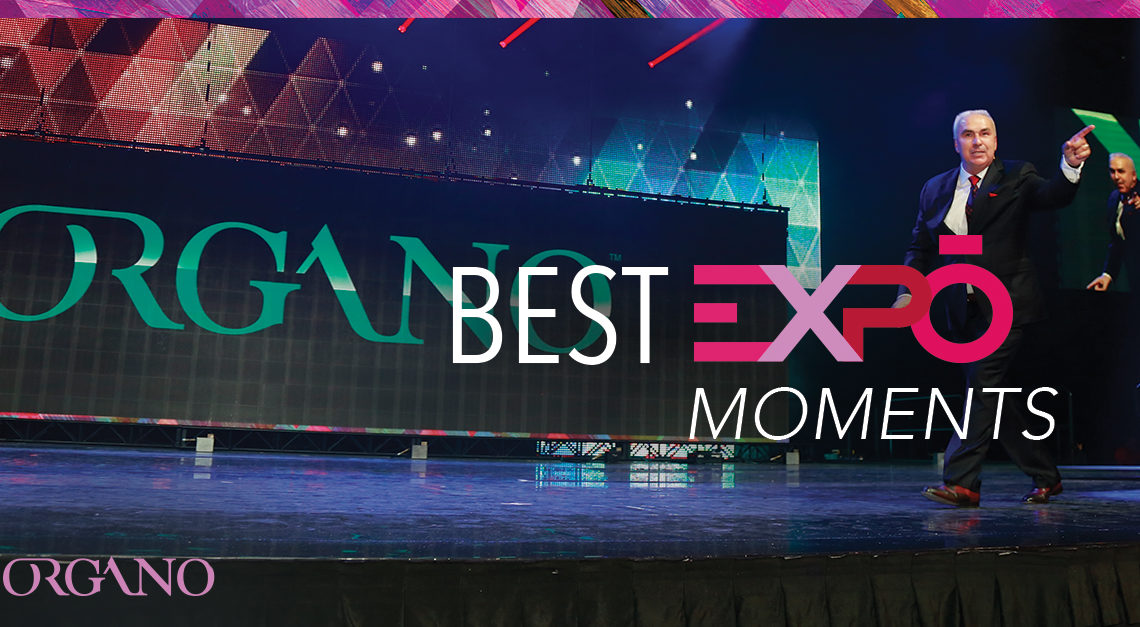 What will happen this year in Las Vegas? There’s only one way to find out. Get your tickets for the 2017 EXPO in Las Vegas and join your OG Family.

EXPO Through The Years

If history has taught us anything, it’s that there are some things in life that are simply unavoidable — death, taxes, and a jaw dropping, OMG moment happening at EXPO.

Over the years, the OG Family has witnessed life changing, groundbreaking announcements that have not only changed their lives, but altered the future of the company as we know it. As we gear up for our 8th International EXPO, let’s take a look back at some of the most unforgettable moments in the event’s history and try to emotionally prepare ourselves for what’s in store for us this year in Las Vegas.

The first ever convention in our company’s history — appropriately named Lift Off — took place in Houston and set the tone for every ORGANO™ event that would come after it. Looking back at the event’s humble beginnings, it’s amazing to think it would grow into one of the the most can’t miss spectacles in all of Network Marketing.

It was standing room only at the Mandalay Bay as over 10,000 screaming OG Distributors came together for arguably the craziest, wildest, and loudest event in the company’s history. Some believe this is the event that truly put ORGANO™ on the map as it was a major coming out party for the company and the entire world began to take notice of the massive OG Wave that was sweeping over the Network Marketing industry.

A Shark In The Water

It’s fitting that one of the biggest events in our company’s history played host for the unforgettable introduction of our Global Brand Ambassador, Greg Norman. The Shark appeared on stage and was floored by the ovation, attendance, and passion he experienced upon his arrival.

“All the years I’ve played the game of golf. All the countries I’ve been in. All the people I’ve been in front of. I’ve never felt or seen energy like what’s in this building right now.”

Norman is still a big part of the company today and his incredible track record of global success in every industry he’s ever been in is a welcome addition the OG Family.

This wasn’t as much of an announcement as it was a transformation. In a city known for creating spectacles, ORGANO™ came to life as our global rebrand was introduced to the world and instantly transformed the company’s look, attitude, and culture. Hailed as arguably the most important moment in ORGANO™ history, the rebrand provided a new and exciting direction for the company and created a surge of energy that was felt across the globe. It was truly a moment fit for the bright lights of Hollywood.

Known for years as a “coffee company”, ORGANO™ knew their impeccable product quality and uncompromising standard of excellence could be put to use in multiple industries. With the company’s belief in creating healthy and life changing products, it only made sense to jump into the body management industry and introduce meal replacement shakes to the world. The launch of OGX was a massive success as product sales flew through the roof and everyone in attendance purchased OGX promo packs in droves. Black and yellow became the unofficial colours of Tampa during Labor Day Weekend and to this day the OGX line has continued to expand and become part of the company’s identity.

So this begs the question:

What will happen this year in Las Vegas? If previous EXPO events are any indication, something massive is going to be announced and you’re going to need to be there live and in person to fully believe it.

Could it be a new product launch? A new recognition program? A new regional office in Antarctica? The possibilities are endless!

There’s only one way to find out. Get your tickets for the 2017 EXPO in Las Vegas and join your OG Family for the biggest event of the summer.

Post your Cognition by Organo selfie and you could

Clock is ticking! The 20% OFF on OGX Kits is endin

#BlackFriday savings are almost here and you don't